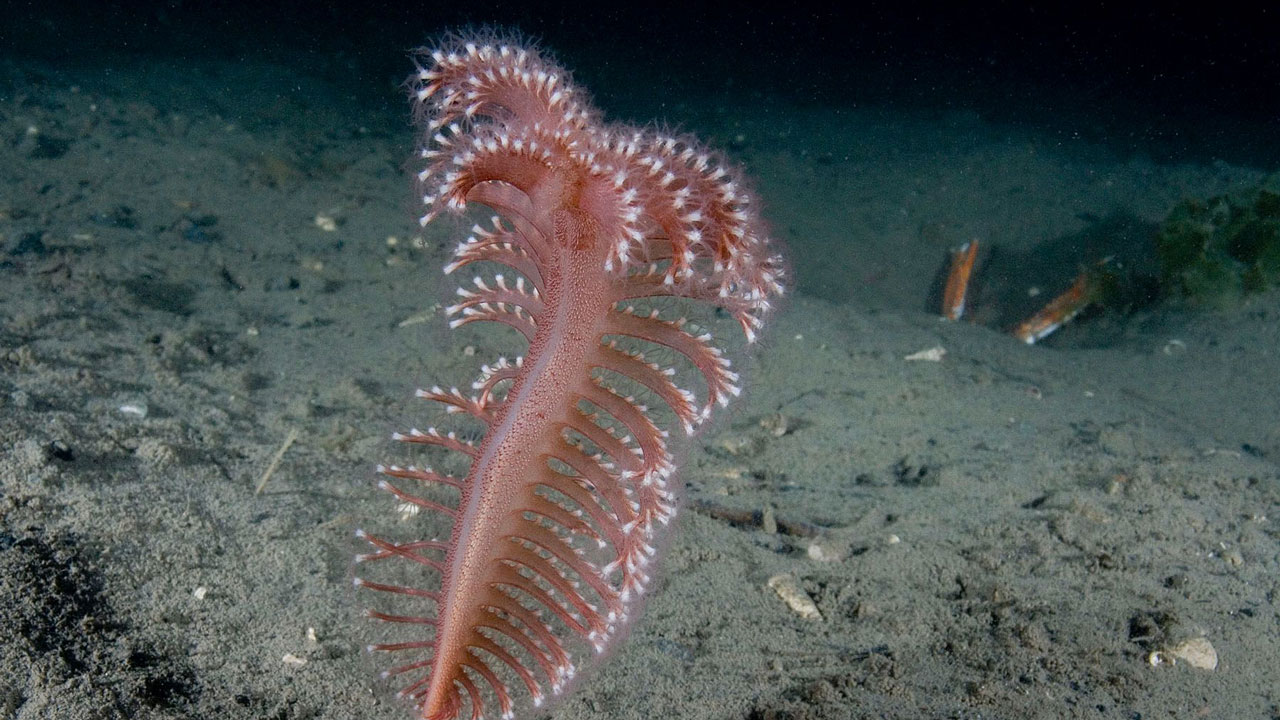 Conservationists across all the Irish Sea nations are together looking to turn a tide of inaction to ensure the Irish Sea and all its inhabitants are protected.

The Irish Sea is under significant and increasing pressure from climate change and activities like fishing, aquaculture, development, shipping, aggregates, military activity, recreational activity and pollution.

While more than 15 million people live around the Irish Sea and many more visit for holidays, only a small percentage of them realise what wildlife lives there and just how important it is for biodiversity and the environment.

While 36% of the Irish Sea is designated as a Marine Protected Area by all the nations of the Irish Sea, only 5% has any management in place and less than 0.01% is fully protected[1]. Ireland contributes only about 1.4% of the 36% designation[2].

The Network has a vision for “a healthy and resilient Irish Sea, enabled by collaborative, cross-national action; where marine wildlife and blue carbon habitats[5] thrive, supporting multiple environmental, social and economic benefits”.

It believes that strategic and effective marine planning that takes an ecosystem-based approach with cross-national collaboration, would help to reduce the impact upon sensitive wildlife habitats and carbon stores.

Ellen MacMahon, Policy officer with the Sustainable Water Network (SWAN) said: “SWAN is delighted to be part of this new collaboration. Wildlife does not adhere to lines drawn on maps, so we need to think at an Irish Sea scale. Whilst there are some protection measures in place, management is weak”.

“Millions of people around the Irish Sea rely on it for food, employment and wellbeing, but many overlook its role in fighting against climate change and its importance for wildlife – few know about the incredibly diverse habitats that support a huge amount of amazing wildlife– giant basking sharks, leatherback turtles, beautiful starfish and jellyfish, dolphins, porpoises, seal and sharks, as well as internationally important seabirds like Manx shearwater and guillemots”.

“Without protection and proper management much of this wildlife faces an uncertain future. We must ensure that damaging activities like dredging, development and unsustainable fishing methods are managed to ensure that vitally important areas for the environment are protected and we give space for nature’s recovery”.

“If people living around the Irish Sea and those visiting realised just what amazing wildlife is in there and how important it is for the future of our children and grandchildren, they would want to support the work to protect and improve our forgotten sea.”

“We are also calling on politicians and business leaders to work with us to make sure this is a sea where wildlife can flourish.”

Sinéad O’Brien, Coordinator of the Sustainable Water Network (SWAN) in Ireland, said “It is clear that pressures in the Irish Sea are increasing. Although just over a third (36%) of the Irish Sea is designated as protected, Ireland contributes only about 1.4% to that figure and due to a lack of management plans for these protected sites the level of actual protection is much lower again.”

“The Irish Sea is about to get much busier. For example, we know that we are about to see a huge expansion of offshore renewable energy projects, but if we want to tackle the twin climate and biodiversity emergencies, we need robust marine planning which ensures space for nature through a network of effective marine protected areas covering a minimum of 30% of Ireland’swaters. The time for action is now.”

Wildlife of the Irish Sea
There are basking shark and humpback whale wandering through the “gap” between the Isle of Man and North Wales. There is some evidence that basking sharks spend all year round in the Irish Sea feeding and breeding. Courtship behaviour has been seen off the Isle of Man. There are the schools of bottlenose dolphins playing off Liverpool Bay; this is a sea that is remarkably rich in wildlife.

The honeycomb worm is a reef-building worm. It builds itself a protective tube from sand and shell fragments, forming a reef that looks like honeycomb. Each little hole is like a worm apartment. The honeycomb worm is a filter feeder, extending feeding tentacles into the water column when the tide is in to catch floating particles of plankton or detritus. The honeycombs are homes for up to 38 other species. Not common in Irish Sea.

The smelt is a marine fish but enters freshwater in the spring to spawn. They shoal in large numbers and are a major food source for fish-eating birds and other fish. Whitebaiters call smelt “cucumber fish” because they smell like cucumber.

Ocean quahog is a bivalve mollusc that lives buried in sandy seabeds all around Ireland and the UK. Often its feeding siphon is all that is visible above the seabed and the end is sometimes nibbled off by hungry cod. They are very slow growing and extremely long-lived – with individual clams living for hundreds of years. It is the last surviving species of a family of similar clams that dates back to the Jurassic. The shell can be used to show its age and what the marine environment was like in the past.

Harbour porpoise can be easily spotted close to shore in shallow water, either alone or in small groups. If you get close enough you may hear their loud “chuff” noise as they come to the surface for air, this gives them their nickname “puffing pig.”

The largest species of skate in the world, the common skate is also one of Britain and Ireland’s largest fish species. They live on sandy or muddy seabeds, down to depths of 600m. Whilst mostly feeding on crustaceans with their powerful jaws, common skate have the speed and manoeuvrability to catch pelagic species such as mackerel too. Genetic research has found that the common skate is actually two species: the blue skate and the flapper skate. Critically endangered.

Common oysters, also known as Native oysters, live on the seabed in shallow coastal waters and estuaries and will form dense beds where conditions are favourable. One shell is rounded and the other is flat, like a lid. Oysters start life as males, but can change sex regularly throughout their lives depending on the temperature of the water.

Seabass is a seafood favourite, appearing on menus throughout Ireland and the UK. But it’s in trouble in our seas, with much of the seabass we eat imported from European fish farms. The European seabass is a predatory fish found around Ireland and the UK. They are highly mobile, migrating inshore in summer months when they are found in estuaries and surprisingly far upstream in rivers. In the winter months they move offshore and then in spring will gather in large shoals to spawn.

The Manx shearwater sea bird is known for its haunting call and was once mistaken for witches by pirates off the coast of Wales. They travel thousands of miles every year to nest in their hobbit-like burrows to raise one super fluffy chick. Shearwater chicks become so big that they are not able to leave the nest – and instead, must go on a crash diet in preparation for their big journey to South America for winter.