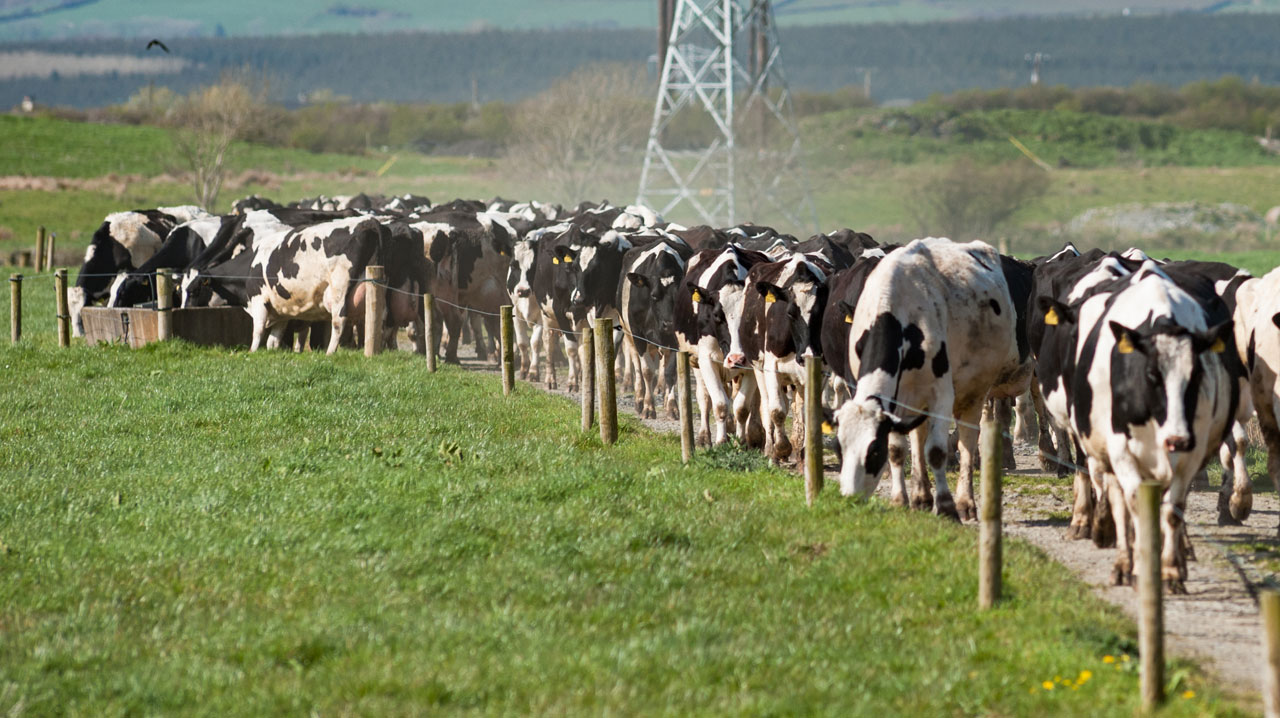 Three leading environment and climate coalitions today published policy recommendations that could transform agriculture in Ireland, the sector with the most significant impacts on climate, biodiversity and water.

Towards a New Agricultural and Food Policy for Ireland is the fruit of over 70 organisations’ collective labour and expertise, and was jointly published today by The Environmental Pillar, Stop Climate Chaos, and Sustainable Water Network (SWAN). [1]

This new vision for agriculture comes 10 days after the Department of Agriculture published its industry-led draft AgriFood strategy for 2030, which has been widely criticized as entirely inadequate from a climate and environmental perspective.

Environmental NGOs reluctantly withdrew from the Department’s stakeholder committee in February, when it became clear our concerns were being ignored. [2]

The report makes constructive recommendations that will drive down agriculture emissions while simultaneously restoring our depleted biodiversity and water bodies.

These measures can also play a role in revitalising rural and farming communities, who time and time again have been let down by misaligned agricultural policies and roadmaps.

Selected recommendations for this 70-organisation strong report include:
1. Phase out all environmentally harmful subsidies and ensure that public money is channelled into the delivery of public goods.
2. Reward nature-friendly farming by rolling out generous results-based agri-environment schemes to restore threatened wildlife and habitats on all farms.
3. Cease the drainage of wetlands and peaty soils and implement a national agro-forestry programme to protect native woodland.
4. Implement regulatory, voluntary and combined measures to rapidly bring down sectoral methane and nitrous oxide emissions and reverse dairy expansion and introduce a cap on nitrogen use.
5. Conduct risk assessments of all intensive farms in sensitive catchment areas. If necessary, make certain areas ineligible for high densities of livestock to protect water quality.
6. Support the scaling up of local nature-friendly food production, especially in fruit, vegetables, cereals and pulses for human consumption.
7. Ensure that Ireland’s food production policy promotes global health and greater dietary intake of sustainably produced organic produce and plant-based foods, while guaranteeing Ireland’s international development commitments are not undermined.
8. Put in place a comprehensive public engagement programme to design and deliver an alternative, fairer model for Irish agriculture.

Karen Cielsielski, Co-ordinator of the Environmental Pillar, said:
“With the support of over 70 organisations behind us, we are proud to present these recommendations on how to transform our largest emitting sector.

Past policy and strategy have failed our climate, our biodiversity and our farming community. We need a drastic change of course, and we can see the path before us is one that is restorative for both our wildlife and our rural communities.

This transition has to be done with transparency and ever-present public engagement. The Agri-Food 2030 Strategy was an industry-led process, in which neither the public nor its elected representatives took part.

We are talking about the future of one of our most important sectors and the future of our very land. Every citizen of this country has a right to have their voice heard on matters of such consequence.

The public has demanded change, and it’s high time we met the bar they’ve set. We know we can do it, and these recommendations are one of the first steps of actualising it.”

Sadhbh O’Neill, Policy Coordinator for Stop Climate Chaos, said:
“The climate measures in the newly published Agri-Food 2030 Strategy are woefully inadequate and do not amount to a fair share of the effort to achieve our national emissions targets.

The Agri-Food Strategy – if implemented – would only deliver a 10 percent reduction in methane emissions by 2030. That would mean the rest of the economy and society would have to slash emissions by 73 percent to meet our national target of halving emissions in that time. That’s not fair on anyone and would be particularly hard on low-income households.

We need to see sustained, year-on-year emissions reduction in agriculture that are linked to measures for biodiversity restoration, diversification and that support rural livelihoods.

The Department of Agriculture has to show us exactly how it plans to get there in a revised roadmap for the sector, with concrete targets that are in line with established science.”

Sinead O’Brien, Co-ordinator of the Sustainable Water Network, said:
“Over half of our water bodies are now in an unhealthy state, and agriculture is by far the predominant cause. Not only this but the EPA itself has clearly linked it to recent further declines in water quality.

A ban on wetland drainage is a critical step in achieving river restoration, and the great news is that it would also deliver immense benefits for biodiversity, climate and nature-based flood management.

We also need to take a close look at the nitrates derogation for very intensive farms and ensure that from now on it’s only granted where it can be proven it isn’t causing water pollution.

This is vital in order to meet mandatory water quality standards that Ireland has signed up to under the EU’s Water Framework Directive and also, more importantly, to preserve one of our most precious natural resources. ”

Oonagh Duggan, Head of Advocacy for BirdWatch Ireland and Environmental Pillar representative, said:
“The draft Agri-Food Strategy’s half-hearted proposals for biodiversity are a failure to recognise the scale of the biodiversity crisis. Agriculture is the main driver of losses of habitats of farmland bird and wild bee populations in Ireland, but it also has the power and funding to address this.

Generous schemes to support nature-friendly farming to restore ecosystems and threatened wildlife are urgently needed in combination with measures to cut emissions and restore water quality.

From the basics of enforcing environmental law to safeguarding existing habitats, and protecting and restoring woodland and wetlands, there could be a bright future for nature in Ireland. The key is to put this front and centre in agriculture policy and work from there. ”

John Brennan, Manager of Leitrim Organic Farmers Coop and a member of Talamh Beo, said:
“We as farmers in Talamh Beo welcome this paper being launched today. We are ready to make the transition to a farming system which enhances biological processes, regenerates ecosystems and builds people’s Food Sovereignty.

We believe this document offers a better future to Irish farmers than a continuation of the agribusiness model.

Currently our whole agri-food system is industry designed and led and we need to make it farmer and community led – this document gets us moving in that direction.”

Agriculture is by far the most significant pressure on Ireland’s nature, water and air quality. It
accounts for the largest share of our greenhouse gas emissions, totaling at over a third of our national emissions. [3]

Ireland has careened down a path of specialisation and intensification and has left farmers locked into an unsustainable commodity-driven food production system, leaving them exposed to an array of vulnerabilities.

This current model also goes against Ireland’s own legal obligations and undermines its international reputation on food security.

The next decade is critical for our climate and biodiversity targets. We can and must reset our trajectory while improving rural livelihoods.

NOTE:
The full Towards a New Agricultural and Food Policy for Ireland document is here
[2] The Environmental Pillar reluctantly left the Agri-Food 2030 Strategy in February: https://bit.ly/3tVxQc2
[3] “The impact on 2020 greenhouse gas emissions of Covid-19 restrictions” from the EPA is available at: https://bit.ly/3smAruD and EPA data on water quality in Ireland can be found